Gull Lake is a lake located in Cass and Crow Wing County. It is one of the largest lakes in the Brainerd-Baxter, Minnesota area and also one of the most popular. Of the seven Gull Lakes in Minnesota, this Gull Lake is the largest in area and shoreline. For each shoreline mile there are 27.8 homes or cabins and there are 19 resorts on Gull Lake, including some of the largest lakeside resorts found in Minnesota. Gull Lake was raised approximately five feet by the construction of Gull Lake Dam about a half mile down Gull River from the lake's outlet. The dam began service in 1912. Prior to this, logging interests would build temporary dams at the site. The dam was the final Mississippi Headwaters reservoir dam. The site of the Gull Lake Dam has particular prehistoric archaeological significance. Under the site there have been found at least 12 burial mounds as well as several partial mounds. All are thought to originate from the Woodland American Indian tribes, which resided in the area from 800 B.C. to 200 A.D., returning later to inhabit the area from 600 A.D. to 900 A.D. The National Register of Historic Places recognizes these burial mounds.
There are over 35 species of aquatic life in the waters of Gull Lake, which help to maintain a large fish population. The emergent bulrush plant is especially important for providing a habitat for bass and panfish species. Anglers are attracted to the stocked walleye population in Gull Lake. Since 2003, at least 2,825,000 fry Walleye have been stocked into Gull Lake by the Minnesota Department of Natural Resources. Another popular catch is Northern Pike, whose length and weight are, on average, 25.8 inches and 4.0 pounds respectively.
The Gull Chain of Lakes, for which Gull Lake is the namesake and largest member, is a collection of eight connected lakes and two bays:
·         Gull Lake
·         Upper Gull Lake
·         Nisswa Lake
·         Roy Lake
·         Margaret Lake
·         Spider Lake
·         Spring Lake
·         Love Lake
·         Round Lake
·         Bass Lake
·         Steamboat Bay
·         Wilson's Bay


The chain collectively covers 13,000 acres and its shores host over 2,500 homes. The chain spans across Crow Wing and Cass Counties. 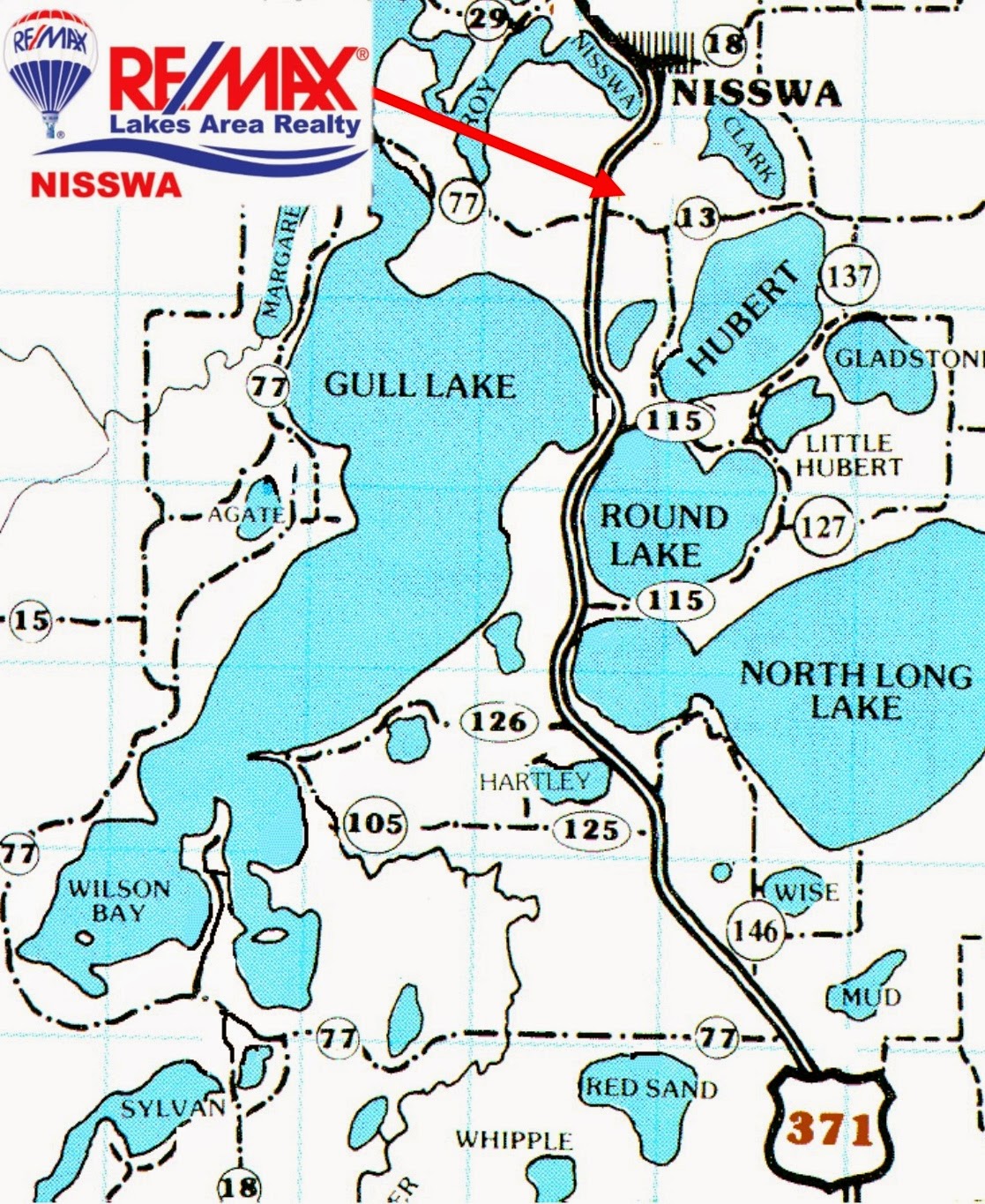