WE MUST NEVER FORGET!

December 7, 1941. November 22, 1963. September 11, 2001. A date that will live in infamy, a day a young President died, and a day terror came from the skies. All of these dates have one thing in common. For us that were alive during one of those dates, we can tell you exactly what we were doing when we heard the news, or in the case of September 11, 2001, saw the terrifying news unfold before our very eyes.

Never forgetting what happened on 9/11 is different than remembering what happened on 9/11. Why? Memories fade, but vowing to never forget, is etched on your mind forever. It’s carved into your memory so deep, that you couldn’t forget it if you wanted to, and that is how it should be. We must never forget, because if we do, we will surely pay the price of something happening far worse than what we witnessed on 9/11. Our leaders must never forget, because they have sworn an oath to uphold and defend the Constitution of the United States, while protecting its citizens from harm’s way. We must never forget, because we Americans become complacent way to fast, and we dangerously take our eye off of the ball way to soon. That is why an insurance company in Sheboygan, Wisconsin, did something that will stand as a symbol of freedom, national pride, strength, hope and remembrance as they erected one of the tallest flagpoles in the world. On the anniversary of that horrible day when over 3,000 of our fellow citizens lost their lives doing what they did every day, we should all take six minutes out of our day and watch what patriotism and a dedication to never forget looks like. Click HERE to be amazed, and remember…
don’t ever, EVER, forget! 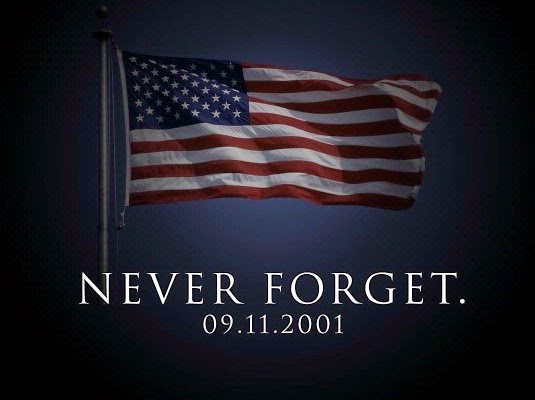 Thanks goes to Matt Werneke for bringing the story of this great project to our attention.
Posted by Brad Wallace at 10:27 AM