Frozen Septic Systems May Become the Norm in the Lakes Area

In today's publication of the Brainerd Dispatch, Renee Richardson, senior reporter, wrote an article regarding the latest information about the problems lakes area residents are having with their septic systems. We wrote about this in a Lakes Area Latest blog article several days ago, but we feel it's important to update you on the latest, so we have re-posted an edited/paraphrased article from the Brainerd Dispatch today. You can find the full article online HERE, or in the printed version of today's paper.

Without a snow blanket, calls of frozen septic systems are beginning to multiply after January's cold snap. A local septic tank service owner/operator, told the Brainerd Dispatch, that a trickle of phone calls is turning into a flood of calls. Those who have area homes they only visit on the weekend may want to stay at their full-time home and local residents should run more warm or hot water to stave off problems.

The warmer than normal December followed by a colder than average January is at issue here. The combination melted what little snow we had that was insulating the ground then the cold had enough punch to push frost levels down to shallow pipes. Most of the pipes in question are only 3 feet below the surface. Last year, the issue was such a prolonged cold snap, that the frost was 8 feet deep and capable of freezing city pipes. Many residents ran a pencil-thin stream of water for weeks on end to help keep pipes from freezing. This year, the freeze threat is confronting year round rural residents and weekenders as well.

The last time the lakes area had a rash of frozen septic systems came in other snow-drought years during 2003 and 2005. This year, local residents should be running warm and hot water more frequently. Some options include running the dishwasher more, taking longer hot showers or at least using warm water for clothes washing. The warm December followed by rain and a cold January was about the worst thing that could happen in terms of septic systems; and it came after it appeared a normal snow depth for winter was on target, meaning that some people who may have put down insulating straw or septic blankets may not have done so.

Right now, it sounds like if we get more snow, then we may be OK. If it doesn't snow, the septic systems that haven't frozen may freeze, and that isn't good. In RE/MAX Lakes Area Realty country, we have four seasons, and right now winter is not cooperating. Without snow, snowmobilers can't ride, skiers can't ski, sledders can't sled, and local businesses that depend on snow, aren't doing very well. So...believe it or not, we need it to snow; the more the better. So c'mon old man winter...get in the game! 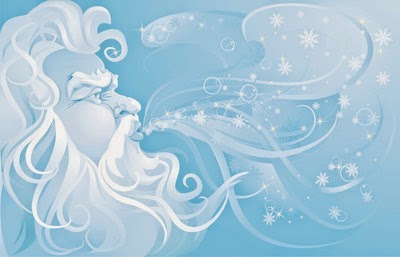 Renee Richardson may be reached at 855-5852 or at renee.richardson@brainerddispatch.com.
Posted by Brad Wallace at 3:29 PM