Have you ever heard of "syndication"? Most of you would probably associate syndication with television. If a show is syndicated, it usually means one of three things; it's either a show like "Seinfeld" that went off the air in 1998 but can still be seen today, or one like "CSI" on CBS that is still on the air but you can watch earlier episodes on cable, or a show like "Ellen" that isn't a network show but rather a show that can be seen on different TV stations in different cities around the United States. If a show is syndicated, it means the show is very successful and has run for a long time.

But did you know syndication is also very important in the real estate business? And, did you know some companies use syndication and some don't? RE/MAX Lakes Area Realty, syndicates all of our listings. So, what does that mean to you? Well, it means that your property, at the very least, will be listed on the top 50 real estate websites in the world. This is important, because in December of last year, 45% of all real estate searches began on one of FIVE websites. If you list with a company that does NOT syndicate, (there are some big and small companies out there that don't) you are missing out on a lot of potential buyers. Take a look at the chart below, and demand visibility. Choose wisely...choose RE/MAX Lakes Area Realty. 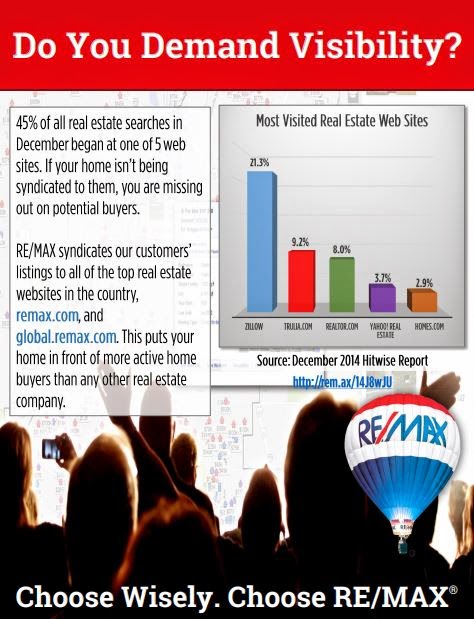