Upon the back of strong job reports that have been released lately, mortgage rates moved higher again this week, according to the latest data released today by Freddie Mac. The 30-year fixed-rate average climbed to 3.76 percent. It was 3.69 percent a week ago, which is still quite a bit lower than a year ago at 4.28. Since hitting a 21-month low of 3.59 percent earlier this month, the 30-year fixed rate has inched upward the past two weeks.

The 15-year fixed-rate average rose 3.05 percent. It was 2.99 percent a week ago and 3.33 percent a year ago. After five weeks in a row below 3 percent, the 15-year fixed rate climbed above that mark for the first time since early January.

Even with this recent rise, fixed rate mortgages remain near their all-time lows set in May of 2013.

RE/MAX Lakes Area Realty agents keep up to date with information like this, so if you are thinking about selling or buying a home, now would be a good time to do it. Give one of our agents in Alexandria, Crosslake, Longville or Nisswa a call to discuss your options today. 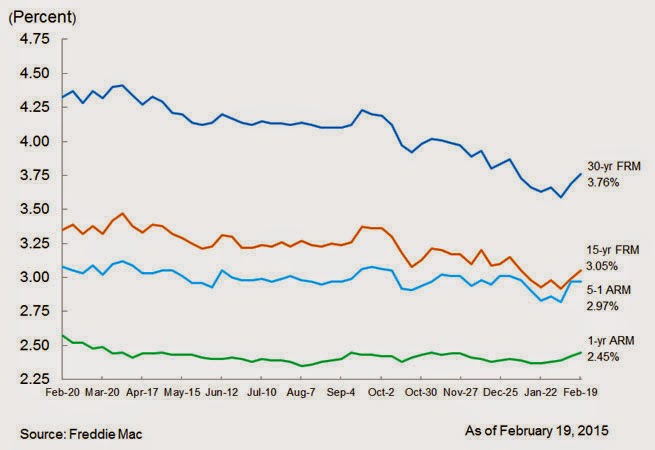