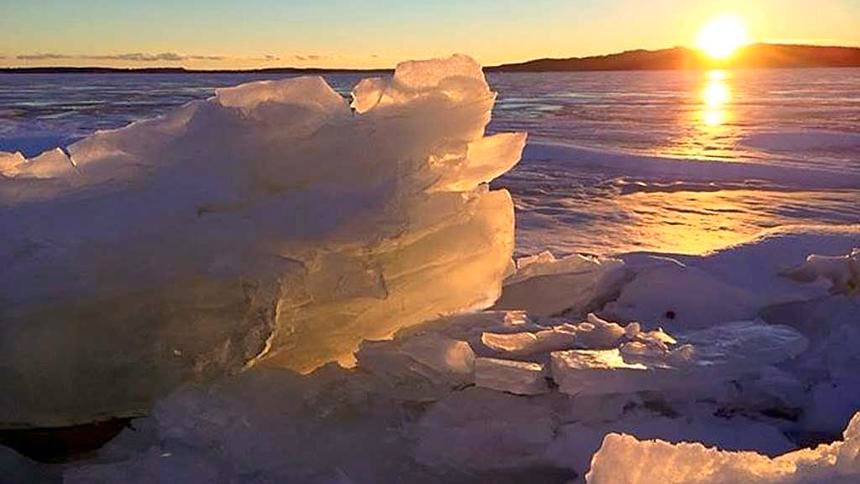 March 6, 2015 - After a chilly few weeks, the weather is warming up and is contributing to some spectacular sights on Minnesota's lakes.  Bring me the News reader Michele Munson sent in a selection of snaps she took while out on Gull Lake and spotted several ice heaves that have resulted in spectacular shapes and colors on the east side of the lake. 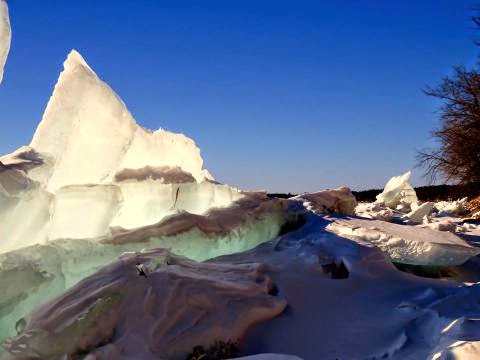 Ice heaves are caused by changing temperatures that cause ice to contract and expand.  When temperatures are falling, the ice contracts and cracks, causing fissures that fill with water and then freeze. 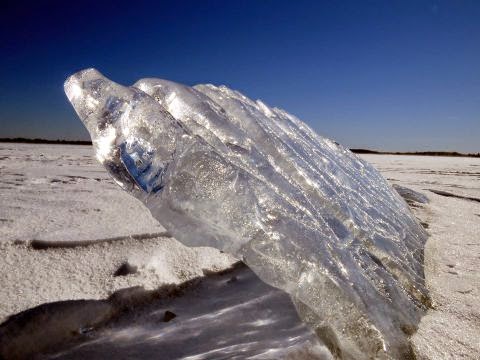 When it warms up, the ice expands, but as it has no where to go, it pushes upwards and outwards.  These heaves can thrust toward the shore, bringing soil with it to create ice ridges, according to the Minnesota Department of Natural Resources. Without snow to insulate the ice, these effects are amplified, said Chris Pence, Crow Wing County land services supervisor.  "Every lake has it," Pence said. "I don't think there's a lake that's going to get away with not having it." 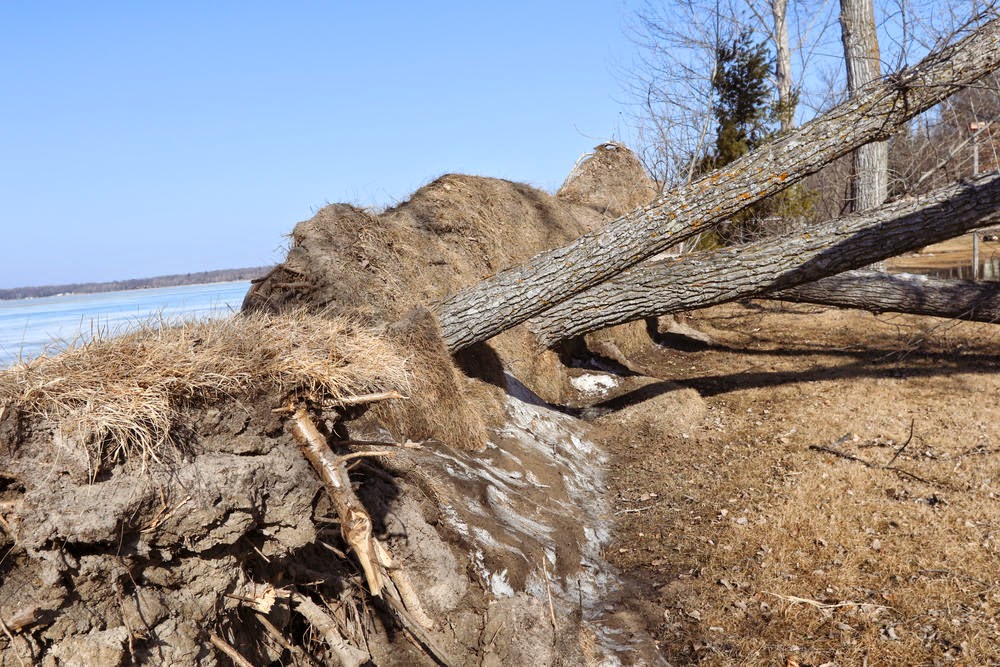 A heave on the shore of Lake Edward, likely created by lake ice movement, stands between eight and 10 feet high.  It displaces a number of trees in what has been a particularly bad year for area shorelines.

That time of year:  Ice creeps onto the roads, disrupting traffic

April 9th, 2015 By Shaymus McLaughlin - It happens every year, as Minnesota turns from its frigid winter to the warm spring:  Ice flows creep up from their home on the lake surface and into roads, backyards and other hard surfaces. 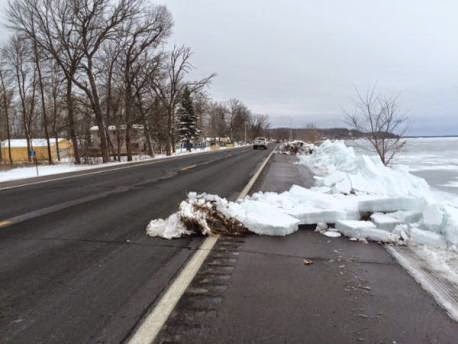 Then, Wednesday night, a seemingly larger chunk of frozen leftovers took over the highway in the same area, FOX 9 reports.  Here is what it looked like. 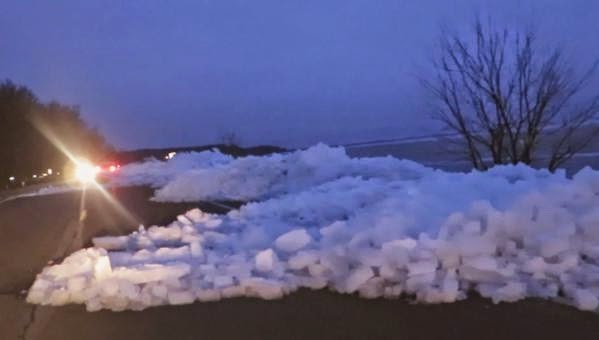 MnDOT said both directions on the roadway were "completely covered with ice."  It was cleared by about 10:15 p.m. Wednesday.

One MnDOT official told The Brainerd Dispatch high winds and ice-out conditions can lead to ice flows taking over the road in just 15 minutes.

Of course, the shores of Mille Lacs Lake seem prone to the picturesque yet very disruptive, ice moments.  Last year, a nearby stretch of Highway 169 had to be closed due to ice coming from the lake.